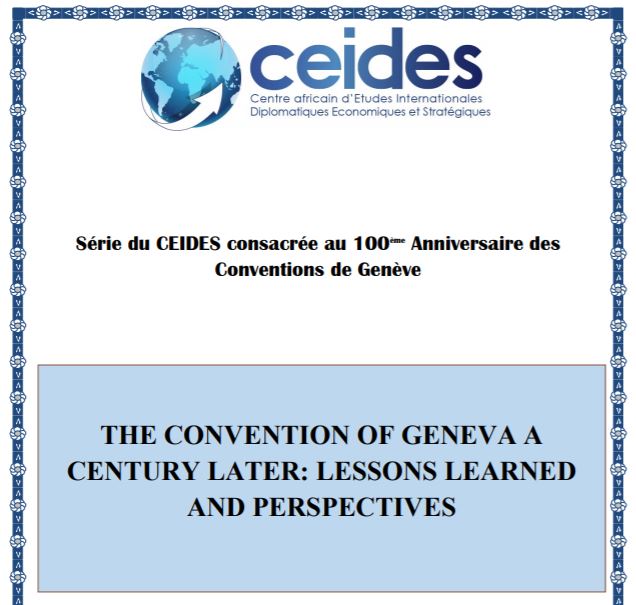 The geopolitical configuration of our contemporaneity submits us to a haunting verdict of reality: The world space is increasingly subject to conflict-type turbulence, mixing in turn inter-state armed conflicts, non-state armed conflicts, new forms of war and violence, etc. Any analyst called upon to make a sharp critique of the mapping of conflicts is no longer obliged to focus on the Right to wage war or to …THE CONVENTION OF GENEVA A CENTURY LATER. (JUNIOR OMGBA)